The Striezelmarkt in Dresden is the most famous Christmas market in Germany. It is held every year from the end of November to 24 December. The market is right in the centre of the city.

Two well-known places in Dresden are called Neumarkt and Altmarkt. While Neumarkt is home to the famous Frauenkirche, among other things, the Altmarkt is the annual Striezelmarkt. The Striezelmarkt has existed since the 15th century. In 2019 the 585th Striezelmarkt will take place. 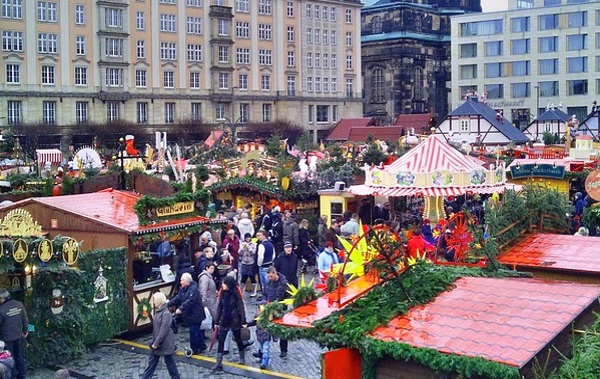 Striezel is an old word for a certain type of pastry, which is very similar to the Stollen of today. The Dresden Stollen is by far the best known product offered on the Striezel market. It is known throughout Germany. 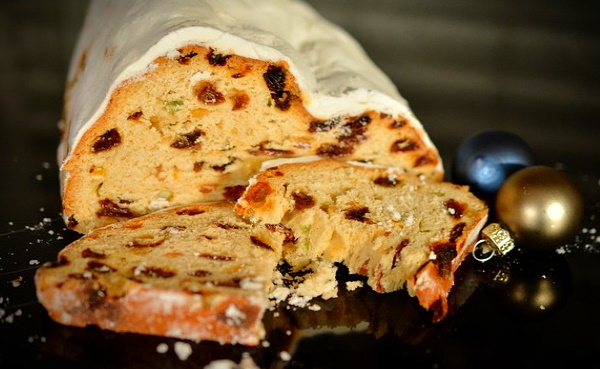 In the city centre of Dresden there are several special shops that sell the Christmas Stollen all year round. A highlight at the Striezelmarkt is the cutting of the stollen. An over 1.5 meter long stollen is cut and sold in individual pieces.

The official Striezelmarkt is only at the Altmarkt. However, the entire Dresden Christmas market is in large parts of downtown Dresden, including for example the large Neumarkt. Great is for example a traditional medieval market in the Stallhof (Residenzschloss). Also more than worth seeing is the pyramid festival in mid-December at the Dresden Christmas market with a gigantic step pyramid and a singing competition.

There are also products of handicraft and arts and crafts from Saxony sold at the Dresden Striezelmarkt. Well known are for example shining stars made of paper from the Lausitz or mouth-blown pendants for the Christmas tree.

The Dresden Christmas market is not only on the Altmarkt, there are also stalls in many adjacent streets and squares, etc. But the actual Striezelmarkt is on the Altmarkt.

Every year more than 2 million people come to the Christmas market. The crowds are often large, although the market takes place for almost 4 weeks. The Striezelmarkt starts every year in the week before the 1st Advent, usually on Wednesday. One of the highlights is the big Stollenfest Dresden on the 2nd Sunday in Advent.

The market is an annual event since the first time in 1434. Only in some wars there was no Christmas market in Dresden, last in the 2nd World War. 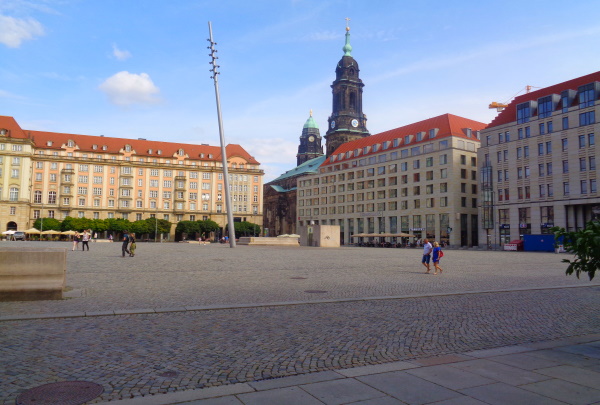 Opening hours Striezelmarkt Dresden: Start is usually the Thursday before the 1st Advent (it was already Wednesday), the last day of the Christmas market Dresden is Christmas Eve (24.12.). The Striezelmarkt does not cost an entrance fee. The prices of the offered goods, food and drinks are rather high, but still bearable.