Moritzburg is a well-known castle about 15 km north of Dresden. The castle in its present form was largely built as a hunting lodge and pleasure palace during the reign of Elector August the Strong (August II). Today, Moritzburg is visited by many tourists as part of a day trip from Dresden and Meissen.

Great are day trips by bus from Dresden that have two destinations: The porcelain city of Meissen and Moritzburg. Moritzburg Castle is about halfway between Dresden and Meissen. This makes it easy to combine the two destinations in a day trip:  You can book such day trips on this link. 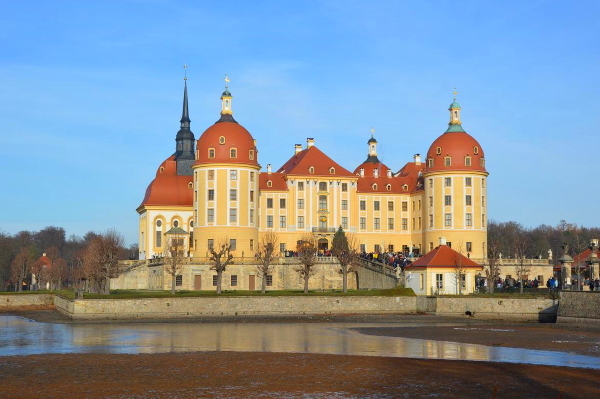 The large castle with 200 rooms is situated in an artificial lake and can also be visited inside. You can see a lot, even the castle garden is more than worth seeing. Don’t miss the Pheasant Castle, just under 2 km away, the small harbour and the Venus Fountain. All the lakes around the castle and in the castle garden are artificial. The only lighthouse in Saxony is also in the castle park. 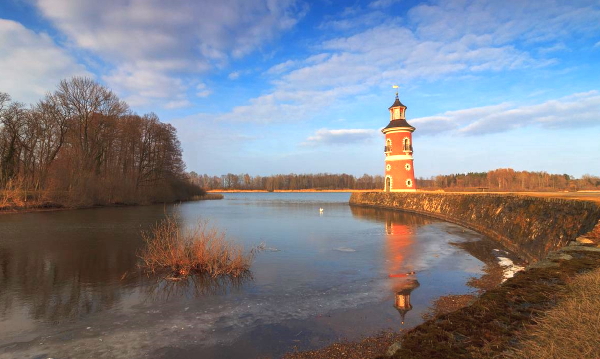 Moritzburg Castle reminds many people of a fairytale castle. Several films were shot here. The most famous is the film “Three Hazelnuts for Cinderella” (1972 CSSR, GDR), which is often shown on television at Christmas.

How to get to Moritzburg Castle

Day trips by bus from Dresden are great, with two destinations: The porcelain city of Meissen and Moritzburg. Moritzburg is about halfway between Dresden and Meissen. This makes it easy to combine the two destinations in a day trip:  You can book such day trips on this link.

If you are travelling by car, you can park in the large car parks at the castle.

There is also a direct bus from Meißen: Line M.

In addition, there is a historic steam train several times a day from Radebeul to Moritzburg, the so-called Lößnitzgrundbahn.

Previous Post:Pillnitz Palace – Boat Trip on the Elbe from Dresden