Leipzig is the second largest city in Saxony after Dresden. The two cities are exactly 100 kilometres apart as the crow flies. By motorway it is about 120 kilometres, and by train it takes a good hour (IC or ICE). So Leipzig is well suited for a day trip during a trip to Dresden.

There is a lot to see in Leipzig. Goethe and Bach lived here. The GDR revolution began here. There are some well-known churches, buildings, museums and restaurants in the old town. The gigantic Völkerschacht Monument is also very famous. In addition, many tourists visit the best zoo in East Germany or take a trip on small boats on the canals of Leipzig.

The most popular city guide in Leipzig is the night watchman Bremme. He is a well-known person in the city. He guides tourists through his Leipzig almost every evening. The tours start at 8 pm. Absolutely recommendable, bookable on the internet at this link. Price: 14 Euro., duration also 1.5 hours.

The city centre of Leipzig is directly south of the main station. First we come to the famous Nikolaikirche. This is where the uprising in the GDR began in 1989. It is one of Leipzig’s two important churches, along with St Thomas’s Church. You can go inside the church, it’s worth it.

Further south is the university and the Panorama Tower skyscraper. You can go up in the lift for 4 euros and at about 120 metres you have a wonderful view over Leipzig city centre and much of the rest of the city and surrounding area. A trip to the top costs 4 euros per person at the beginning of 2022. Children and others also pay an entrance fee of 4 euros in the Panorama Tower, only children under 6 ahre are free. It’s worth it.

We continue to the luxury shopping arcade Mädlerpassage. In the basement is the world-famous restaurant Auerbachs Keller. Even Goethe was a regular guest here, a scene from “Faust” is in the restaurant. There are two monuments on the ground floor of the Mädlerpassage. The famous Goethe monument in Leipzig is in front of the entrance in the street opposite. Auerbachs Keller is still a good restaurant serving Saxon and German cuisine. It is the most famous restaurant in Leipzig. 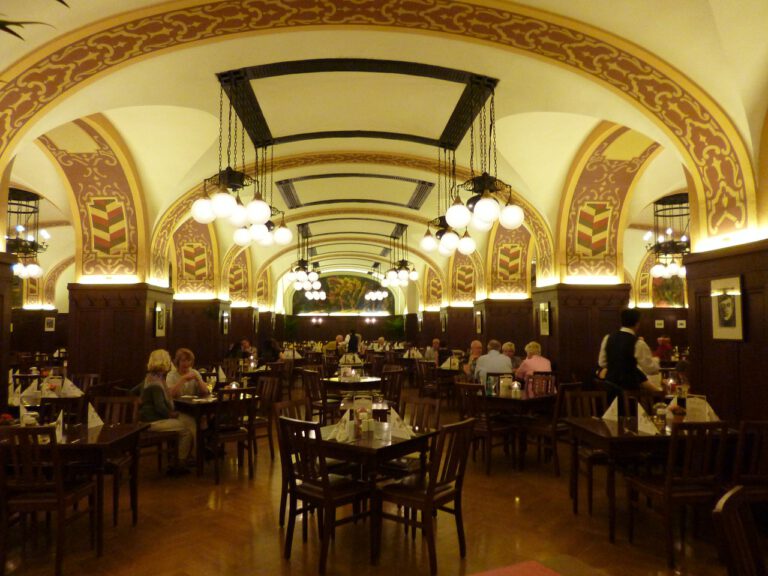 In front of the Thomaskirche is a famous statue of Bach, and just a few metres away is the Bach Museum. One of the most famous museums in Leipzig.

Sights in Leipzig other districts 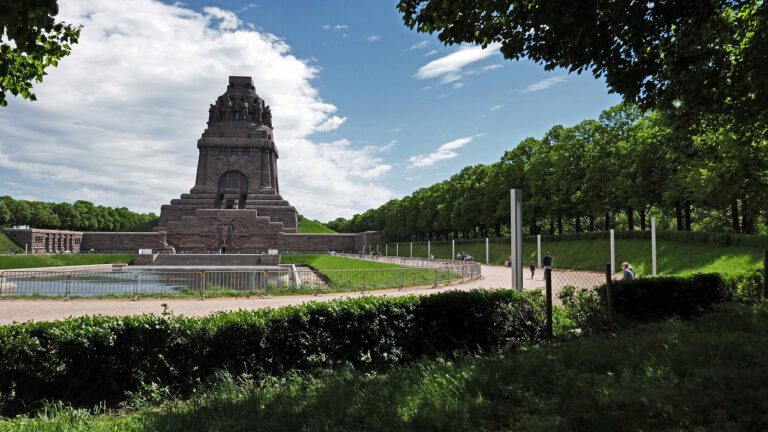 Another great sight in Leipzig is the zoo. It is one of the biggest and best zoos in Germany. Many modern animal houses and much more.  Zoo tickets are available at this link

Our recommendation is a canal trip by boat in Leipzig.

Of course, you can’t see everything mentioned during a day trip. We recommend the city centre (old town) of Leipzig and, depending on your interests, a canal trip, the Monument to the Battle of the Nations or the zoo.